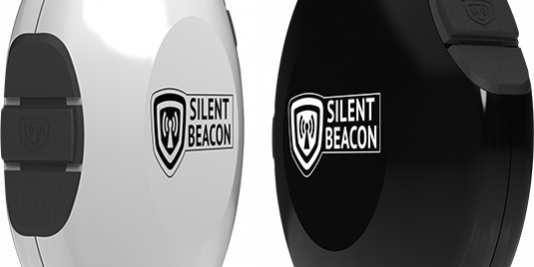 Employee safety is something that most people don’t take as seriously as they should. While there is no definitive answer as to why this is so, there are two possible reasons.

First, people are not aware of or simply may not understand the consequences of the hazards in the workplace. Many may believe that work-related injuries are something that happens to other people – or it’s something they hear about in the news. It’s not something they think could actually happen to them!

The second possible reason is that many employees don’t believe that their employers are genuinely concerned about their safety, so they may simply become apathetic about the importance of employee safety.

The Consequences of Ignoring Employee Safety Tell A Different Story

Unfortunately, there are a number of serious consequences of getting injured on the job. First and foremost, you’re going to be hurt. Of course, injuries differ and so do the repercussions. Some injuries may cause you physical pain while others may not. But at the end of the day, you’re still injured.

Second, you lose money. You will likely be out of work for some time, and in that period, you may not get paid. You’ll be bringing home less money than if you weren’t injured.

Do employers really care about their employees’ safety?

The simple answer is yes. Employers do care about their employees’ safety. But unfortunately, many employees do not believe this. KED (Kelby Ergo Design, LLC) says that this-this misperception may exist because when an employer says that safety is their number one priority, employees really hear that productivity is the number one priority. Workers feel that their safety is secondary to positive productivity. They also believe the employer only “cares” because an injury would result in lost revenue. It’s simply difficult for them to believe that their employers genuinely care. But whether or not a particular employer’s concerns are genuine, employee safety is important.

The moral of the story is that employee safety is something that should not be taken lightly. It not only affects you, the worker, but also your employers. The National Safety Council reports that on average, 7 people are injured at work each second. That amounts to around 4.5 million people a year. And the consequences are staggering, with 104 million production days lost due to work-related injuries in 2016.

If those numbers aren’t frightening enough, the economic impact is even more frightening. In 2016 alone, the total cost of workplace injuries amounted to $151.1 billion. This number includes wage and productivity losses, medical expenses, administrative expenses, employers’ uninsured costs, damages to vehicles in work-related injuries, and fire losses. The economic cost per worker was around $1,000. That’s $1,000 less than the average employee will bring home to put food on the table or pay the bills.

We, at Silent Beacon, are aware of not only the economic costs of work-related injuries but also of the lack of attention this issue receives. This is why we’ve created the Silent Beacon, an emergency alert system that allows you to connect instantly to your friends, family, and first responders in emergency situations, all without even having to touch your phone.

The Beacon can call 911 and sends alerts to your family and friends with the simple push of a button. When time is of the essence, you don’t have a moment to spare – and we understand this. That’s why Beacon allows you to send alerts to multiple people at the same time, including your entire emergency contact list. It also sends your GPS location with live tracking in the alert to lead people directly to you.

The best part about the Beacon is that it’s super portable, making it the perfect emergency alert system. You can bring it wherever you go, whether you’re walking on a roof or setting up the electricity in an empty house. All completely hands-free.

With the accessory clip, you can simply attach it to your clothing, belt, or any other object. And if you don’t want to clip it somewhere on your body, you can attach it to a lanyard, purse, or keychain. Regardless of the situation, you can have the Beacon with you at all times.

The device connects via Bluetooth to the Silent Beacon Safety App. There, you can check the Beacon’s battery level, customize alerts, create and edit your contact list, send a “nudge” to let your loved ones that you’re okay, and more. Silent Beacon’s Safety App is the simplest and easiest-to-use employee alert system out there. So, if you’re not the most tech-savvy, you’ll be just fine.

Of course, the Beacon doesn’t prevent accidents from happening, but having the device boosts employee safety significantly. Because employees can have the device on them at all times, their feeling of security increases, knowing that in the event of an emergency, they’ll be able to get help within minutes.

“Minor injuries that could turn into something much worse if left untreated will stay minor injuries. The 104 million lost production days could be reduced. The total cost of $151.1 billion of work-related injuries could be minimized – and fewer people would be out $1,000. Clearly, saving money – while staying safe at work – is our goal. Silent Beacon helps you achieve both goals.”

Swimming Pool Safety Tips for You and Your Family
July 14, 2020